À PROPOS DU JEU Phantaruk combines survival horror with adventure and stealth mechanics. Expect true shivers down your spine as you fight for your life not only facing the dangers of the Purity02 spaceship, but most of all when you try to get rid of toxins continually destroying you from the inside.

For long has the humanity been constrained by limits of human body. Most have accepted the imperfection of flesh, but some sought for liberation. To pursue the dream of creating a posthuman being - to achieve ideas of transhumanism - is the driving force behind H+ Corporation. Within its facilities technology and homo sapiens became one entity. An organism devoid of humanity's biological weaknesses.

You board the spaceship Purity02 - prime complex of the H+ Corporation.

The dream shatters to a nightmare when you realize what has become of Purity02. Once a research vessel, it has turned into a deadly, deserted trap. To flee Purity02 you have to investigate the mysteries of the ship. With every passing minute the chances of survival grow slim. Infected with a parasite emitting deadly toxins, you struggle against havoc being wrought within your body. But there is yet a greater danger to evade.

A beast is roaming the ship. A creature known from longforgotten fables and ancient myths. It could prowl around in any shadow and lurk behind any corner. You must plan your every move. You must survive the infection. You Must Get Off the Ship.

Phantaruk is an FPP survival horror that takes place on a derelict spaceship somwhere in the vast emptiness of space. The player a victim of expertiments - is infected with a parasite constantly attacking him from the inside with deadly toxins. The player must learn what happened on the ship and how to escape from it, but toxins are not his only problem. A mythical beast - Phantaruk - is constantly following him and posing the deadliest threat. 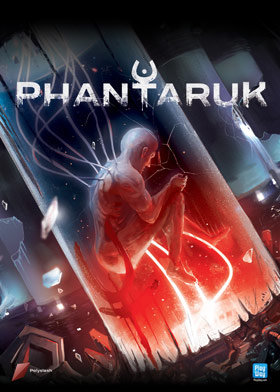